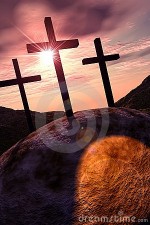 Published on June 8, 2011 by Jean-Patrick Grumberg

In an article dated June 6 last on his blog (1), Shlomit Abel published excerpts of the African bishops’ conference (2) that denounces the crimes of bleached Ouattara, indifference guilty of France, and his distrust in vis “experts” of the United Nations in charge of investigating crimes Gbagbo.

Journey into a basket of crabs bloodthirsty and greedy.
“The International Criminal Court is said to want to take the case of genocide, including the former President is guilty, should also simultaneously be the case before the President who came to power by a force not only killing but also genocide, as the opponent claims.The investigation must be rigorous and impartial. We invite all witnesses villages and towns, parishes and Christian communities to become actively involved not to let this work of truth and testimony to God the sole responsibility of United Nations experts. “ say the bishops with courage and outspokenness that the emergency requires.

Because the urgency is also this: “While the abuses appear to decrease, they increase in intensity, it is able to identify three cases of crucifixion” in the village of Binkro (3), committed by forces Ouattara in the total silence of nations.

Conference of African Bishops: “The Church can not simply be aligned on the so-called International Community. According to her, in fact, the right of humanitarian intervention by the international community should be the subject of a discretion in individual cases. It is obvious to us all that the collective egos can take the form of humanitarian protection to people … “
Conference of African Bishops: “What else could mean strange succession of these bombings and the catches of human persons (committed by France) by the current scenes of people looting in Abidjan, under the indifferent eyes of the forces intervention called impartial provided for the protection of these people? “
Conference of African Bishops: “the freedom of African peoples who can not do without building a sovereign nation is held in check by the former colonial powers who break them at will, under cover of a semblance of legal cloak, with Unfortunately the support of a portion of Africa still unaware of the major issues. Nobody is fooled and this is not the Church would be. “
Conference of African Bishops: “We stick to the Cote d’Ivoire, the question is not who has put his hand on President Gbagbo and his wife, but whether the United Nations United had or did not have the right to authorize what the former colonial power France to bomb the attributes of sovereignty that is a presidential palace and residence of Chief of State: these places represent in itself a sanctuary for the sovereign people. The operation once completed, it does not matter who has been searching for the person whose capture was covered. … The Catholic Church (…) condemns this serious breach of law of the Ivorian nation. “
Conference of African Bishops: “The worst scandal is that they are still Africans who will pay and destruction and weapons of destruction for destruction.”
Conference of African Bishops: “On behalf of our prophetic mission in any case, we recall the address of the international community – the United Nations in other words – and the African Union, the emergency forms of global governance of high intensity ethics. We can not let the UN in effect in the hands of a minimum of ethical governance to decide actions in situations as dramatic and complex as were those of the IC and Libya “.
Shlomit Abel: “By focusing on the realization of the fragility and humility, Ouattara could certainly give a real hope for healing and reconciliation through genuine gestures of contrition, freeing political prisoners, amnesty really frames President Gbagbo, allowing journalists to do their normal investigative work and information, giving a boost to civic and religious plurality. “
Shlomit Abel: “But in calling for reconciliation by denying its responsibility for the violence, cruelty, genocide, every effort will be the weight of words with no future.”
Shlomit Abel: “The West needs to believe that” after all, everything that has happened in recent years, in recent months, all this is no big deal, just a few hiccups. “
Shlomit Abel: “Today France and the United States are affected by head-on the economic crisis. The looting of African resources will allow for a few months to hide the bankruptcy, but the decision that weighs upon them and the West is already at work “
Shlomit Abel: “Making Africa bloodless, empty it of its vital forces will not yield a wonderful vitality to the West, this method only hide for a time the state of dying, and then then the disease will continue to gain ground , will require more transfusions. “
Reproduction permitted with the following information and a link to this article:
© Jean-Patrick Grumberg, Shlomit Abel Drzz.fr
(1) http://re.ivoire-blog.com/archive/2011/06/06/sarkozy-et-ouattara-a-vos-oreilles.html
(2) http://www.infodabidjan.net/religion/declaration-des-eveques-de-la-cerao-sur-les-evenements-en-ci/
(3) http://regardscroises.ivoire-blog.com/archive/2011/06/05/cote-d-ivoire-accuses-de-cacher-des-armes-a-oume-2-paysans-c.html